Small Yet Mighty: the Rise of Olympia Oysters

By the Ucluelet Aquarium
Posted 02/09/2021
In Uncategorised
Small Yet Mighty: the Rise of Olympia Oysters2021-02-092021-02-09https://uclueletaquarium.org/wp-content/uploads/uculuelet_aquarium_logo_white_outline-2.pngUcluelet Aquariumhttps://uclueletaquarium.org/wp-content/uploads/blog-images-1-6.png200px200px
0

Did you know that there is only one species of oyster native to the BC coast? And they typically are not the ones that make it onto the plates of seafood restaurants and food trucks. The small and somewhat inconspicuous ƛ̕ux̣ƛ̕ux̣, or Olympia Oyster (Ostrea lurida) is the native species here on the BC coast and the smallest species in North America. These little shellfish nestle their upper shell into their lower shell and only reach about 5 cm long. The oyster one does see on their plate is likely the larger species, the Pacific Oyster (Crassostrea gigas) introduced from Japan in 1902, which can reach sizes of 15 cm long.

Oysters are amazing animals found throughout the coastal waters of the world. Well known for being filter feeders, oysters suck water into their bodies and over their gills where any microscopic plankton in the water is moved into their stomach and the excess water is pushed back out. Olympia oysters filter about 8 litres of water each day, however in some oyster species, an individual can filter over 180 litres of water in a day! This filtering action keeps excess plankton and nutrients under control, helping to maintain healthy bays and estuaries. However, as filter feeders, oysters are sensitive to pollution and sediment runoff. Coastal development and poor waste management has affected oyster populations around the world, including here in BC.

The Olympia oyster was once abundant on this coast, supporting Indigenous peoples for generations. In some coastal areas of BC, remnant oyster middens (a place where people dumped their oyster shells on land) have been found that reach almost 10 m deep and were dated to be 10,000 years old. For a time, Olymipias were able to support a commercial harvest through the 1800’s. In fact, the harvest and selling of Olyimpia oysters was of great economic importance to the early city of Victoria, bringing in hundreds of dollars each month (a lot at the time!). In 1850, the first Olyimpia oysters were shipped from Washington to California to feed hungry gold miners and by the late 1800’s, the small and sensitive Olympias had begun to be over exploited and over harvested. By the early 1900’s, industrial wastes and unregulated coastal development, including a lot of dredging, subjected the oysters to all kinds of habitat loss and destruction.

The ideal habitat for oysters will depend on the species. Olympia oysters are primarily found in shallow subtidal and low intertidal areas of estuaries and small bays where there are rocky or gravel-rich areas for little larvae to attach to and grow on. Olympia oysters reach sexual maturity around 1 year and mature first as males and each year after they will alternate sexes before they spawn in the summer months. Olympias are often found clustered together like other species of oyster, but can also be found as individuals along the bottom.

Some species of oyster, such as the Atlantic oyster (Crassostrea virginicas) on the east coast of North America, will grow on top of one another generation after generation as the shells of long dead oysters provide a hard surface for new oysters to settle on. As an oyster matures, its shell fuses to the shell beheith it, creating a strong bond and eventually, massive structures known as oyster reefs. These reefs can reach several metres in height under water and serve not only as oyster habitat, but also as habitat for many other species in the estuary like crabs and fish. For this reason oysters have come to be known as ecosystem engineers as they quite literally build habitat for hundreds of other species where they can hide from predators and safely grow. To top it all off, oyster reefs can also ask as breakwaters, protecting sensitive shoreline from erosion, storm surges, and flooding.

While the Olympia oyster does not seem to build massive reefs, they still have an important role in coastal health in BC. From habitat building and water filtration to providing food for other species, a thriving population of Olympias are a part of healthy estuaries and bays on our coast. These days, our tiny oyster is listed as a threatened species and is not able to support a wild commercial harvest. While clusters still exist on the west coast of Vancouver Island and in some areas of the Salish sea, overall population data is limited. However, it is known that the current populations are low in comparison to historic populations with estimates of the oysters covering only 5% of their historic range.

Over harvesting and the removal of major, large aggregations of Olympia oysters are a primary cause of population decline. However, ongoing disruption of habitat, pollution, excess sediments, invasive species, and extreme weather and temperature changes affect populations as well. Luckily, today Olympias are making a comeback throughout Puget Sound and into the Salish Sea. Conservation and restoration efforts are gaining traction and some areas of Puget Sound are seeing thick oyster beds returning to the intertidal zone. The small but mighty Olympia oyster shapes our coastline in ways we are still uncovering. From filtering our water of excess algae to building up habitat for hundreds of coastal species, these tiny shellfish are worth knowing and growing. 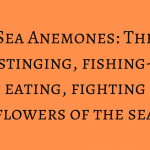 Sea Anemones: The stinging, fishing-eating, fighting flowers of the seaUncategorised 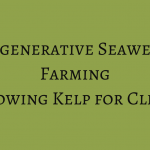