How do marine animals sense the world around them? Are their senses of sight, smell and touch different from land animals? Marine animals have many senses, and some even have senses beyond what us humans use in our daily lives. Land animals developed their senses in a world filled with air while marine and aquatic animals have evolved in water. But is water entirely different from air? While both are fluid, water is different from air on a molecular level. Water molecules are closer together than air molecules, making water more dense than air and ultimately meaning that marine animals sense their environment in a different way to land animals, humans included. Sounds, light, and other stimuli move through water differently than air, so marine senses have become in tune with the watery world.

All marine animals use numerous senses to move through their lives in the ocean. Similar to land animals, they rely on several senses and inputs of information at once to interpret the ocean around them. Where an animal lives most of its life and if it travels into darker depths will influence which senses it relies on most. Even seemingly simple marine animals have complex sensory systems that allow them to understand what goes on around them, detect predators, find food, and reproduce successfully.

In the world of fish, many have good eyesight and can even see colour, but they depend heavily on other senses such as touch to survive as they can typically only see short distances ahead. In deeper water, fish that dwell in near complete darkness have developed unique traits to allow them to see as best they can such as massive eyes that can absorb the slightest light and creating their own light through bioluminescence.

Most invertebrates in the ocean lack complex eyes seen in fish or mammals, but that doesn’t mean that there aren’t some sneaky “eyes” in unlikely places. Sea stars, corals, and scallops are just a few examples of animals we may not realize have the sense of sight, but their “eyes” aren’t like ours. Instead, certain areas of the body contain photoreceptors that detect when light changes due to shadows of predators or changing daylight so the animal can respond accordingly. Photoreceptors on a sea star are found on the tips of the arms while scallops have dozens of small “eyes” spaced out along the outer rim of their bodies, along their shell.

Thinking bigger, marine mammals such as whales and seals also have great vision and can see clearly for many metres, even in changing light. But even the best eyes need to partner up with other senses to accurately interpret the underwater environment. While light, needed for good vision, moves slower in water sound waves can move more quickly, making hearing an hugely important part of survival underwater for many animals.

Sounds in the ocean are not always obvious because we can’t hear them very well (or at all) from the surface. However, there is a whole world of noise going on beneath the waves. Clicks, songs, grunts, and snaps can be heard throughout the marine environment and tell an important story of marine life communication. Fish have an intricate hearing system, centred around an otolith which detects particle motions in the water. With the advent of advanced hydrophones, we have been able to detect the minute clicks and grunts of fish and smaller animals that are used to communicate with each other, scare predators, or find mates.

Whales rely heavily on sound to communicate, hunt, and interpret the ocean around them using echolocation. The well known songs and sounds of whales can travel several kilometers, many up to 17 km with some studies suggesting that some low frequency sounds can travel much farther.

The sense of touch is slightly different in marine environments – mostly because very few animals wait until something has actually touched them to react (though sea anemones and jellies wait for prey and instantly fire their stinging cells upon being touched!). Most animals can sense vibrations and motion in the water around them to know where they are, where their friends are, and where their predators may be lurking. Lateral lines in fish are lines on the sides of fish bodies that are sensitive to close-range water movements in relation to the body of the fish. They detect distance, water pressure, and vibrations and send signals to the brain that let the fish know where the rest of their school is and where their predators are.

Smell and taste occur differently in the marine world as well. While fish do in fact have taste buds and noses, they are not quite the same are ours and use chemoreceptors that sense the chemicals that other marine life gives off. Crustaceans, for example, have small sensing “hairs” all over their bodies that contain chemoreceptors. They can “smell” and “taste” blood and other chemical signals that tell them there might be food to scavenge nearby.

It may be obvious that there are more than just the five classic senses that marine life use to move through their underwater lives. There are signals from electricity, magnetic fields, gravity, water and atmospheric pressure, and more that influences life in the ocean. For example: whale migration is still not well understood but it is currently thought that cetaceans use a complex combination of echolocation, geomagnetic cues, visuals, and learning through generations to navigate their epic migrations. Sharks are a well known animal that uses electroreception to sense prey. Their electroreceptors are known as ampullae of Lorenzini. They are small tubes that are connected to the surface of sharks’ skin that are filled with a jelly-like substance that is extremely conductive and will pass electro-stimuli through them and send signals to the brain that help the shark hunt.

Take stock of your land-based senses that have evolved to help you survive and thrive on land. How do you sense the world around you? Imagine if you can how an orca or a shore crab interpretes the world and how they have come to live beyond the five senses. 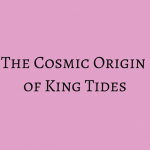 The Cosmic Origin of King TidesUncategorised 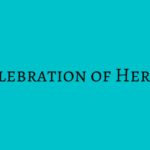