The elusive Northern Abalone (Haliotis kamtschatkana) is a large marine snail, living throughout the rocks and crevices in the low intertidal zone on Canada’s west coast. The spiraled, oval-shaped shells of abalone showcase a range of mottled pinks, oranges, blue-greens, and purples that allow them to camouflage into the colourful, algae covered rocks of their habitat. The unique holes that line the outer rim of the shell are used for water flow, bringing in fresh water for the gills and expelling waste. Like other snails, abalone have a muscular foot that they use to move around their environment, though theirs is fringed with hundreds of sensory tentacles used to seek food and sense predators. The foot of an abalone is particularly large, giving them an advantage in speed and agility. This is especially useful when escaping from predators such as the multi-legged Sunflower Sea Star, which can reach speeds of 110 m / hour!

There are about 100 species of abalone living in coastal waters of almost every continent, however the Northern Abalone is the only native abalone species on the BC coast, with a total range spanning from the Gulf of Alaska to central Baja California in Mexico. They thrive in diverse intertidal ecosystems, where kelp forests offer protection and important food sources. In BC, Northern Abalone have been an important part of the culture of Indigenous peoples along the west coast since time immemorial, harvested for their meat and beautiful shells, which were used for ceremony, decoration, jewelry, and much more.

In Canada, the Northern Abalone is listed as endangered under the Species at Risk Act, with an estimated population decline of over 80% due to severe overharvesting. Few restrictions were placed on the fishery in the late 1900s as it was believed that abalone were abundant because their main predator, the sea otter, had been extirpated from the BC coast. However, abalone are slow to grow, long-lived, and have low reproduction rates so numbers quickly declined. Furthermore, the advent of SCUBA diving allowed harvesters to collect abalone at rates far beyond what was sustainable for their lifecycle. The abalone fishery was closed in 1990, and it continues to be illegal to harvest or sell Northern Abalone in Canada because populations are still critically low. Unfortunately, due to a blackmarket demand for their meat and beautiful iridescent shells, illegal poaching is an ongoing threat to Northern Abalone populations. Fishery patrols and community-based monitoring programs, such as the Indigenous-led Abalone Coast Watch program, increase the number of vigilant vessels on the water and safeguard abalone populations from poaching.

A lack of habitat and low recruitment (reproduction rates) are also affecting abalone populations in BC. Abalone, along with countless other species, depend on healthy kelp forest ecosystems to survive. Kelp forest ecosystems took a huge hit when sea otters were hunted so heavily they were extirpated from BC’s coast. Sea otters are important to kelp forests because they eat urchins and urchins eat kelp. Urchins are voracious kelp eaters and groups of them can mow down entire kelp forests without sea otters to keep their populations down. A rise in urchin populations has impacted kelp forests along the coast of BC, reducing critical habitat for abalone and many other species. Low densities of breeding adult abalone is due in part to patchy habitat as well as illegal poaching which ultimately results in lower reproduction rates.

Like many marine invertebrates, abalone reproduce by broadcasting their eggs and sperm into the ocean, which ideally will meet and produce viable eggs and larva. Larval abalone float around as plankton for two weeks before they settle onto a rock in an appropriate environment, like a kelp forest, where they can grow. Problematically, a low density of breeding adults due to illegal poaching means not many eggs and sperm meet out in the ocean – and fewer viable larvae are formed.

A return of sea otters to Vancouver Island and BC’s coast has allowed kelp forests to begin to recover, and hopefully return a balance to these ecosystems where abalone and other species can thrive once again. Abalone have an important place in the coastal ecosystem, just as all other species do, especially as a food source to many larger animals. Proper habitat and legal protection are critical for the conservation and restoration of these special species on the BC coast. Please contact the Abalone Coast Watch Hotline (1 800 465 4336) if you have concerns about illegal abalone poaching. 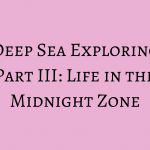 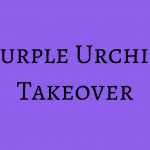