There is a place in the ocean where sunlight does not reach, most of the ocean in fact. Below 1000 m, the ocean exists in complete darkness, in an area called the Midnight Zone. Here, the strange creatures that call the deep sea home have developed weird and wonderful adaptations to survive in absolute darkness. For many years we could not fathom the alien life that could live within our ocean’s depth and could only depend on clues of their secret existence that would wash ashore, come up in a net, or be heard from the lips of superstitious seafarers. Today, we have gained the means to better see and record life in the Midnight Zone through advancing technologies. However, some of the mysterious animals that roam the deep ocean have still never been seen alive. With new deep sea species being described all the time, it is likely that there are many more creatures of the deep yet to lay eyes on.

It wasn’t so long ago that stories of colossal krakens that could wrangle a ship were common in ports and on ship decks. Years later, when the remains of giant and colossal squid would wash ashore, people knew there really were monstrous creatures lurking deep beneath the waves. Finally, just 15 years ago, the first photos of giant squid in their natural deep sea habitat were captured off the coast of Japan. It is typical that scientists and fishermen know of the existence of a deep sea animal before it is ever seen alive. Their remains wash ashore or they are caught in deep sea fishing nets, letting us know that something strange is living far below the surface. Observing a deep sea creature alive to prove its existence can be extremely challenging, as humans cannot dive more than a couple hundred metres into the sea. It is only on deep sea submersible missions that we have observed truly amazing animals that are like nothing we have seen in the shallows.

Life in the Midnight Zone has adapted to survive in incredible, alien ways. From huge eyes and red skin, to glowing lures and protruding jaws. Since there are no traces of light, fish like the Barreleye fish have developed huge, ultra-sensitive eyes that can detect even the slightest rays of light. Though these eyes are like nothing you have ever seen on land. The barreleye fish’s eyes sit inside of its totally transparent head and are able to fully rotate to target its prey in the dark.

Other animals, like the Vampire squid, use deep red pigmentation in their skin and eyes to disappear into the dark background and avoid predators. Red is the first colour to become undetectable as sunlight fades, making red skin a great camouflage tool. Vampire squids have adapted to living in the oxygen poor deep sea, most animals cannot survive in such low oxygen levels, but the vampire squid can breathe just fine with its huge gills and efficient copper-rich blood. Their name comes from their deep red skin as they eat small, sinking debris and not blood, using their eight webbed arms equipped with fleshy spines to catch drifting particles.

Many species rely on bioluminescence to make their way through the Midnight Zone, their bodies use a chemical reaction to create light that can attract prey. The female Angler fish uses an actual glowing lure hanging from its head to attract prey up to twice its size. The lure sits close to the fish’s mouth, and sharp, translucent teeth, so once a gullible prey comes close, it’s an easy meal.

An animal you might not want to meet in the depths is the rare and nightmarish Goblin Shark. This shark sports pinkish, translucent skin, an elongated snout, and a set of sharp teeth set in a projectile jaw. Though the shark is slow moving, it can sense its prey’s electromagnetic fields then quickly extend its jaws to snatch them up. Most deep water sharks are thought to be extremely long lived, with Greenland sharks reaching over 400 years old. It is not known how long the Goblin shark can live, however from the fossil record it has been found that the Goblin shark’s family dates back over 125 million years.

These are just a few examples of the hundreds of strange and wonderful animals that roam the deep ocean. From the largest squid to the smallest jellies – the Midnight Zone is home to more mysterious species than we can ever imagine. While they might look like they just swam out of a horror film, each animal has established sophisticated adaptations that allow them to survive in such a hostile environment. It is only a matter of time before more mysterious animals of the deep reveal themselves to us, especially as we continue to push our limits and explore more of the unknown ocean. 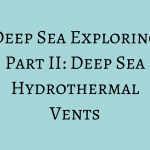 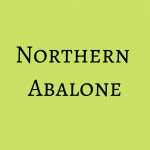