KELP FOR CLIMATE – HOW SINKING SEAWEEDS ARE TAKING DOWN CARBON

By the Ucluelet Aquarium
Posted 12/16/2019
In Uncategorised
KELP FOR CLIMATE – HOW SINKING SEAWEEDS ARE TAKING DOWN CARBON2019-12-162020-01-07https://uclueletaquarium.org/wp-content/uploads/uculuelet_aquarium_logo_white_outline-2.pngUcluelet Aquariumhttps://uclueletaquarium.org/wp-content/uploads/a-fishy-business-7.png200px200px
0

Kelp ecosystems are indeed the rainforests of the sea: they are vital home and habitat to a diverse array of species within our coastal waters. Creatures such as herring, crabs, sea stars, perch, sea otters and more live within these towering macroalgae (large seaweeds that are attached to the bottom). The two main types of kelp that form Pacific kelp forests are giant kelp and bull kelp, both of which grow in the shallow coastal waters off BC. Kelp provides a sheltered habitat for hundreds of species and are one of the most diverse ecosystems in the world! Water slows down as it moves through a large kelp forest, this makes the ecosystems a safe habitat and can also help reduce coastal erosion and act as a breakwater during large storms.

Some early studies are showing that kelp may also be a key part of deep sea carbon storage and sequestration! Carbon sequestration is the process in which atmospheric carbon is stored within the earth – typically this happens in terrestrial environments through natural processes like plant growth. The carbon that is taken up by plants and other organisms and is stored in trunks or leaves is relatively safe until something occurs to release that carbon, such as a forest fire or soil erosion. Long term carbon storage is an important process that occurs on Earth, as it helps regulate the amount of carbon in the atmosphere and in the ocean. The Earth naturally stores carbon but this happens at a fairly slow rate compared to how quickly humans can put carbon into the atmosphere through burning fossil fuels. Finding ways to encourage carbon storage in the Earth will help us work towards reducing the effects of climate change in the long term. The ocean continues to amaze us and help us understand the many important aspects of the marine environment that are part of a larger, global story. We have something right here off the coast that can help to reduce carbon in the atmosphere!

Much of the kelp that is growing in coastal waters gets swept out to sea when it detaches from the bottom or dies. Out in the ocean, the kelp sinks to the seafloor and is buried by fine sand and sediments, sequestering or storing carbon in the earth. Kelp forests world-wide are thought to capture close to 200 millions tonnes of carbon per year, with over 80% of that carbon estimated to be stored for the long term down into the sea floor. In a marine environment carbon is stored in the shells of small organisms as well as in the seafloor as dead plants and animals sink to the bottom and are buried by sand and sediments. The great thing about deep sea carbon sequestration is that the carbon that sinks down to the bottom of the ocean as dead plant matter is pretty likely to stay there and not be accidentally re-released into the environment due to natural or human causes. Kelp that is washed out to sea and eventually sinks down to the seafloor has essentially brought a huge amount of carbon to long-term storage. The rate at which carbon can sequester depends very much on the plant or organism. For example: trees slowly store carbon in their trunks as they grow, while our friend kelp grows quickly, storing carbon in its stipe (stem) and fronds (leaves)!

Other coastal ecosystems that are very efficient at capturing and storing carbon include mangroves, salt marshes, and seagrass meadows. Collectively, these marine ecosystems are capturing and storing what is known as “Blue Carbon” (Blue as in ocean!). Since mangroves, salt marshes and sea grass meadows all occur in soft sediment, they are a more obvious carbon sink as dead plant matter settles slowly to the bottom in these ecosystems and is buried (and thus that carbon is stored). Kelp on the other hand, grows in rocky coastal environments and was long thought to be not capturing significant amounts of carbon. Think again! Kelp grows at an extremely fast rate (~2 ft per day for some species) and can uptake carbon quickly. The real magic happens when this kelp dies or is detached from the rocks and is swept out to sea. Floating kelp can gather other organic materials while it is still buoyant, such as other seaweed or organisms that may grow on the floating tangle of plants. When the kelp and whatever is attached to it eventually sinks down to the sea floor it is buried there, much like plant matter in other Blue Carbon systems, and that carbon is then stored in the deeper sea floor. Since kelp grows quickly and some species die off every year (Bull Kelp) huge amount of kelp accumulating carbon makes its way to the sea floor each year.

Tracking the exact amount of kelp and other macroalgae that sinks to the seafloor each year is no easy feat. A lot more research will have to be conducted to further understand kelp as a significant carbon sink and how humans can help encourage kelp forest growth. For now, we can all enjoy yet another reason why kelp is awesome and hugely important to our coastal ecosystems. 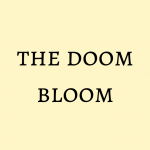 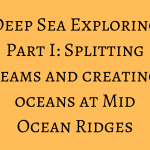