As fish populations continue to decrease worldwide, attention has been increasingly drawn towards the global issue of seafood fraud, a term used to describe the mislabeling of seafood, often for illegal economic gain. With the increased accessibility of DNA data universities and conservationists, and government organizations have discovered that the extent of the problem is larger than originally estimated.

In a recent survey conducted by the University of British Columbia and Oceana Canada, a whopping 44% percent of seafood samples from across Canada were incorrectly labeled. This number was established by collecting samples of seafood from markets, restaurants, and food retailers nationally. By comparing the DNA of the samples to DNA libraries (a process called “DNA Barcoding”), the researchers were able to clearly see which seafood samples were labeled correctly and which were fraudulent.

Of the mislabeled samples, 75% were posing as more profitable species (for example, farmed Atlantic salmon sold as wild Pacific salmon). While the obvious implication is consumer overspending, seafood fraud also represents a significant problem to consumer health and ocean conservation. Not only are the fraudulently labeled fish a higher price, many substituted species may have adverse health effects.

This study, as well as DNA barcoding studies from the Canadian Food Inspection Agency (CFIA), found that a dark, oily fish called escolar was often incorrectly advertised as tuna or butterfish. Escolar has higher concentrations of heavy metals than tuna or butterfish. It is also known to cause severe diarrhea and vomiting, an unfortunate side effect that has resulted in it being banned in Japan and Italy. Previous fish fraud studies found similar results in the US, as well as Canada. In some cases up to 84% of “white tuna” samples were in fact escolar.

Seafood fraud also has huge repercussions for at-risk fish populations. Within mislabeled seafood, UBC and Oceana found that one in three were listed under SARA (Species at Risk Act) or IUCN Redlist (International Union for Conservation of Nature) as threatened or endangered species. Of the remaining mislabeled species, 40% were from populations too understudied to have accurate conservation designations.

One of the most mislabeled fish in Canada is the “snapper.” True Red Snapper (Lutjanus campechanus) is native to the Southwestern Atlantic Ocean. It is not uncommon, however, to see “red snapper” or “snapper” sold in markets and restaurants in British Columbia. Perhaps it is unsurprising therefore, that a mere 10% of “red snapper” samples from the UBC and Oceana study were true snapper. The rest were tilapia and varying species of rockfish. Unfortunately, most populations of rockfish (a species found along the Canada’s Pacific Coast) are at an estimated 20% or less of their historical levels.

While most of the fraudulent samples were of one fish posing as another, some of the seafood fraud included fish being posed as shellfish. Significant portion of “scallops” being sold in Canadian markets, were found to be a type of fish called a skate. Skates, a close relative of rays (sting ray, manta ray, etc.), are a common unintended catch of commercial fisheries. Circles cut from skate fins look and taste very similar to scallops. While most species of skates found in Canada are not currently listed as threatened, their population levels are a growing concern as stocks have been decreasing globally and not much is known about their life cycles.

Both rockfish and skates are prone to over-fishing due to their low rates of reproduction, slow growth rates, and late maturity, and are prime examples of how seafood fraud has created a huge hurdle to conservation efforts. While a conservation-minded person might try to avoid buying these fish, it is tricky to do so if they’re being sold under different names.

Furthermore, if data concerning the landed seafood is flawed, then policy regarding the catch limits could be reflecting faulty population estimates. Both of these issues cause huge problems when planning for the future of fish and other seafood stocks.

Since the publication of Oceana’s seafood fraud study, the CFIA presented their own DNA Barcoding analysis that estimated a conservative rate of 14.8% seafood mislabeling in Canada between 2013 and 2016. Unfortunately, even if seafood fraud is 14.8% as reported by CFIA (incidentally this is the lowest reported number of all seafood fraud studies since 2009), it still represents an incredible amount of seafood being mislabeled each year. In 2017 alone, an estimated 325 million kg of seafood was sold in Canada. A 14.8% fraud rate could mean over 48 million kg of mislabeled seafood. And that doesn’t even include seafood products found in pet food or agriculture products.

In light of these problems, what can we actually do about this as consumers? The top three questions to ask: What is this? Where is it from? How was it caught? Lucky for us, there are some incredible organizations that already do just that, making it much easier to be a responsible seafood consumer.

Oceanwise, a company created by the Vancouver Aquarium, aims to make sustainable seafood purchasing easier. A seafood product with the Oceanwise symbol signifies that it has been correctly identified, was caught with sustainable fishing methods, and from a healthy population.

The United States equivalent of Oceanwise is Seafoodwatch, a program created by the Monterey Bay Aquarium in California. Both programs also have apps for increased accessibility.

For more information about seafood fraud and seafood sustainability feel free to contact the Ucluelet Aquarium at info@uclueletaquarium.org or (250)726-2782. We can provide references to the above studies upon request! 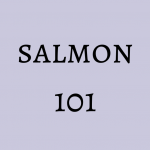 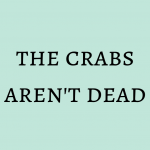